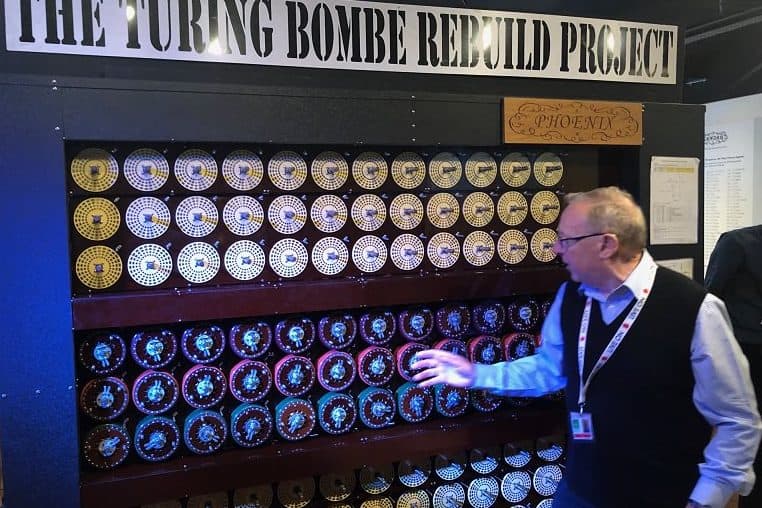 Yesterday we had the honour of being part of an event at Bletchley Park Trust.  The home of the Enigma machine.

We were invited by SASIG, after Caroline delivered a talk where she discussed the business case for embracing and empowering those who are Autistic, might have ADHD or disclose that they dyslexic.

One part of that conclusive plan is Alan Turing.  A brilliant Mathematician and scientist who was instrumental in building a machine that broke German codes in WW2.

It is estimated that Mr. Turning’s efforts resulted in the saving of 14 million lives, and shortening the war by 2 years.  That’s quite a compelling ‘business case’ isn’t it?

Benedict Cumberbatch plays Alan Turing in the Oscar-Nominated Imitation Game.  It’s director Morton Tyldum says: “It’s a story of outsiders, it’s a story about people who think differently, of those who didn’t fit in, and how important it is to have them, really celebrate them and not prosecute them.”