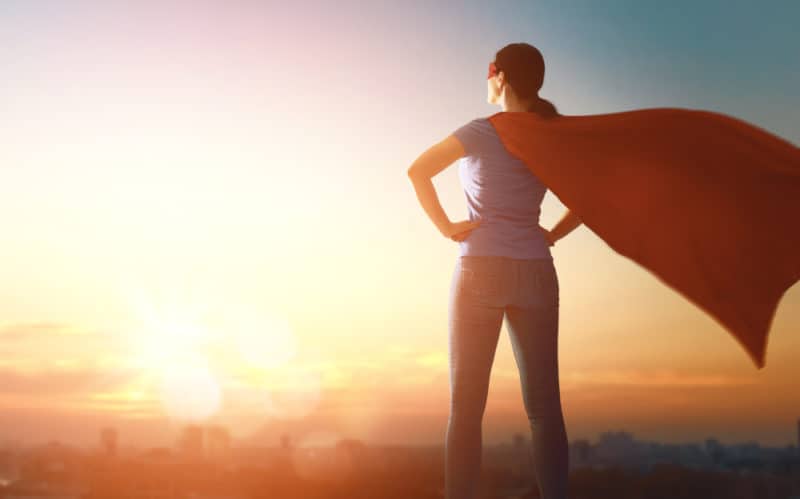 At the age of 16, I was diagnosed as autistic. I distinctly remember being sat in the slightly frayed brown chair, of a playdough smelling office belonging to the child psychologist. She was rubbing the fabric of her skirt together and it was making my teeth hurt. ‘You’re autistic’ – so there it was, the anxiety, the inability to make decisions, relationship struggles, ‘sensory’ issues, literal thinking and ‘meltdowns’ – the answer was autism.

I was told by the GP I was seeing at the time that disclosing my diagnosis could have significant career ramifications in the future; I was a ‘bright enough girl’ and this sort of ‘label’ could have catastrophic influence on the views of future employers, as people would make prior judgements surrounding my capabilities. As a naive, lost teenager, in constant trouble with school and a grand total of zero sustained friendships, I took this advice as gospel and vowed to keep my diagnosis as a closely guarded secret.

The problem for me came when the only experience of autism I had ever known lay within the two opposing cliche’s widely documented in the media, the white male savant, such as Rain Man or Sheldon Cooper, and people requiring lifelong care and assistance. The problem with the exclusivity of these stereotypes is that when we don’t fulfil them, nobody sees us.

As a confused, ‘volatile’ kid, I fell through the vacuum of space between these opposing cliches, into an isolating space of invisibility, where the perpetual companionship of isolation as a confused teenager in a world built for the neurotypical mind, left me unseen, alone and angry.

The problem with isolation is that the closer and more familiar it becomes, the further away everything else seems, and when you’re treated as invisible for long enough, you also start to lose sight of yourself. It always felt as if I wasn’t ‘autistic enough’ to be accepted as autistic, but I was never ‘normal’ enough to be accepted by my peers.

People often spoke about autistic ‘superpowers’, but where was my superpower? I’m not a savant with an incredible mathematic ability, I’m not an art prodigy, nor am I particularly gifted in STEM; it felt like when God was pressing the autism button on me, he gave me the struggles that come alongside being autistic but missed out my special ‘power’. I was just some cosmic accident, lost in-between the gaps of ‘autism’ and ‘normal’, achieving nothing more than trouble and heartache for my family.

I was very lucky to have won the familial lottery. By sheer luck of the draw, I was born into a family that refused to let me slip through the net. I was told by the school that I wasn’t capable of sitting my GCSE’s, and I should simply sit my functional skills exams. I perpetually got U’s in all mock assessments and ended up being a habitual truant, not because I wanted to be ‘bad’, but because I believed I was bad, and thick.

When educators tell a child they are thick, that child is always going to believe them. I have parents that had the time, the grit, and the knowledge to fight for me throughout my education and fought for me to be entered into the same GCSE subjects taken by my peers. It was at this point that my grandfather, who is in his 80’s, learnt the entire GCSE and A-level syllabuses, and tutored me every day for two years, teaching me every single GCSE from scratch. I got 14 GCSE’s – A’s across the board. I then went on to complete my degree, earning a first-class honours, and my master’s degree on a university scholarship, in which I received a distinction. Without that familial support, I’d have gone through life believing I was thick and incapable, like so many neurodivergent people do.

Contrary to popular belief, autism isn’t a linear scale from mildly autistic to very autistic, it’s more like a kaleidoscope of fluid colours. I’m often told that I must be ‘mildly autistic’ but in fact, this just means that the world experiences me mildly; the life I experience has never felt mild to me. Despite the struggles associated with being autistic, autistic people aren’t broken or defective, we don’t suffer because of our autism, we suffer from the way in which the world receives our autism. This is, for me, the pinnacle of Autism Acceptance week; we must strive to accept autism in all its glory.

Since working with Creased Puddle and aiding in the training of police officers across the UK, and in taking some time to reflect in the run-up to Autism Acceptance week, I think I may have discovered my lost superpower. In sharing my story, I have been able to influence a narrative greater than myself. As human beings, we’ve been story tellers ever since the beginning of time, and it was through stories that people learnt how to survive. People know that they can do hard things because stories have told them so. In telling my story, I have aided in changing the exclusivity of the narrative and closing the vat of invisibility between the opposing cliches, and soon people will be taking my story and weaving it into their own and spreading it to others all interweaving with each-other, and soon there will be a whole new web of stories across the globe that started with one single thread that belongs to me.

In speaking up, I have become the person I needed when I was younger. This is what Autism Acceptance week means to me; listening, amplifying forgotten voices, and spreading our stories far and wide means that we can start to pave a smoother road for future autistic individuals, so that one day, new generations won’t even realise it was bumpy in the first place.

Alex Heron works with Creased Puddle as an associate and has been brave enough not only to share her lived experience in this blog, but also standing in front of a room full of police officers and police staff as part of the NeuroVision learning events to help police achieve best evidence, and safeguard neurodivergent witnesses, suspects and victims. She is a true inspiration and we are very fortunate to have her as part of our team. Thank you for sharing this with us.