Neurodiversity is the acceptance that everybody’s brain works differently. Diversity ensures that as a species we evolve and grow.

We’ve always known that people think differently and that there were those in society who had a different viewpoint, political bias or moral compass. Whilst these differences were generally accepted, other differences were not.

Such people stood out and were often regarded as odd, attracting labels like ‘nerd’ or ‘weird’. They were regularly misunderstood, judged and marginalised by the community in which they lived.  Often isolated and leading career and life-limiting existences, their choice was simple; pretend or withdraw.

The understanding of A-typical communication methods and life experiences was tied up in medical terminology and was inaccessible, elitist.

The media and even children’s stories painted a grim, negative, or even evil perception of those who were visibly or invisibly different.  Many childhood characters were disfigured and lived alone, preyed on innocence and thrived on misery.

Judy Singer is an Australian Sociologist who writes in her book ‘NeuroDiversity – The Birth of an Idea’ that she wanted to....

“…draw attention to the exciting new perspectives I was discovering from the dawning of a new type of disability, the “Autistic Spectrum Disorders”.  A class of people hitherto marginalised as eccentrics and social outcasts were starting to fight back against the exclusion and mistreatment – from ridicule to active bullying – that had been their lot.  They identified as having a “hardwired” neurological difference, not a personality flaw that was their own fault.”

Since her first thoughts in her thesis in 1998 Judy’s concept of the value of neurodifferences has ignited the imagination of the world and helped to drive a new understanding.  This movement engages people, invites discussion, provides for debate and promotes inclusion.  Disruptive in nature, it challenges us to take a fresh look at our workspace systems, family relationships, communication methods, ways of valuing others and if nurtured correctly can allow people to thrive in their own right.

We advocate for Education with Kindness.  We do not believe that our clients should be made to feel humiliated or frightened into action but inspired and know that they are in safe hands.  Understanding how this movement relates to you, your organisation or your family is key, opening the door is the next step. 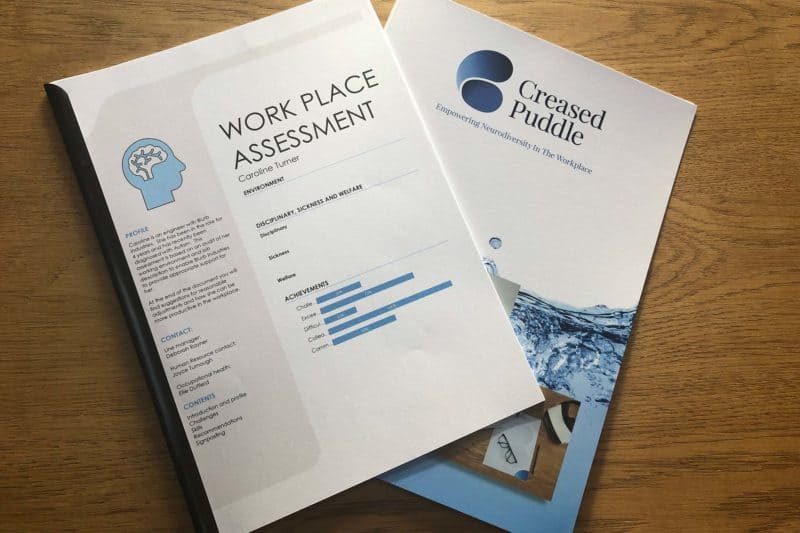